Across the world, wearing a turban is a pretty common headwear. While it is a common headwear at some places, at other places, it is also worn as a fashion item. More prominently, Turbans for Men are marked as a faith and religious culture, most renowned of which are the Sikh community. Turbans for Men signify the status of equality among Sikh men. 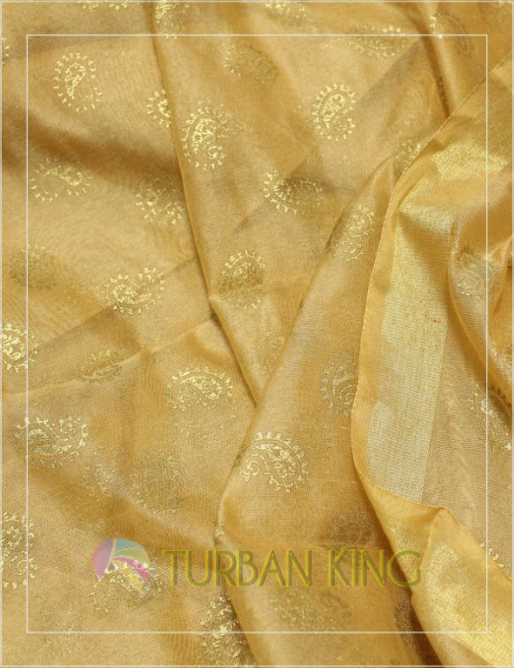 Turbans for men: The pride of wearing it

For Sikh men, the turban is like their crown. For many centuries, it has been a symbol of their pride, camaraderie, and courage. With the passage of time and modern fashion, the turbans have proven to thrive in the fashion world too. It is now a well-proven fact that turban and fashion can easily go well together. Across the world, Sikh men have made their presence felt in the model world, along with the turban.

Types of Turbans for men

It is undoubtedly the most liked of all the types of Turbans for men. Many people agree that it is a type of turban that suits every face. Moreover, it is considered to have special spiritual qualities. It is famous across all the generations of men today. Be it the young people or the elders, it is equally loved by all.

It is another type of ancient traditional turbans for men. This is one of those turban types which has very well been molded to the latest fashion trends too, and hence it is also widely popular.

This is another Dastaar style turban for men. It shares quite a similarity with the Barnala Shahi Turban too. The only difference being in the two is that of the tying style. The Amritsari Shahi Turban is tied in a neater and sturdier way. The top flap of the turban is rotated straight. It holds the turban together.

We realize that the turban is the pride of our major customers. That is why, at Turban King Australia, we have some of the best turban collections for you. Our turban collection comes in a variety of colors and clothing materials. So visit, and shop at Turbanking Australia for the best Sikh Accessories for men.